The Curse of the Werewolf

Curse Of The Werewuff Find a copy in the library Video 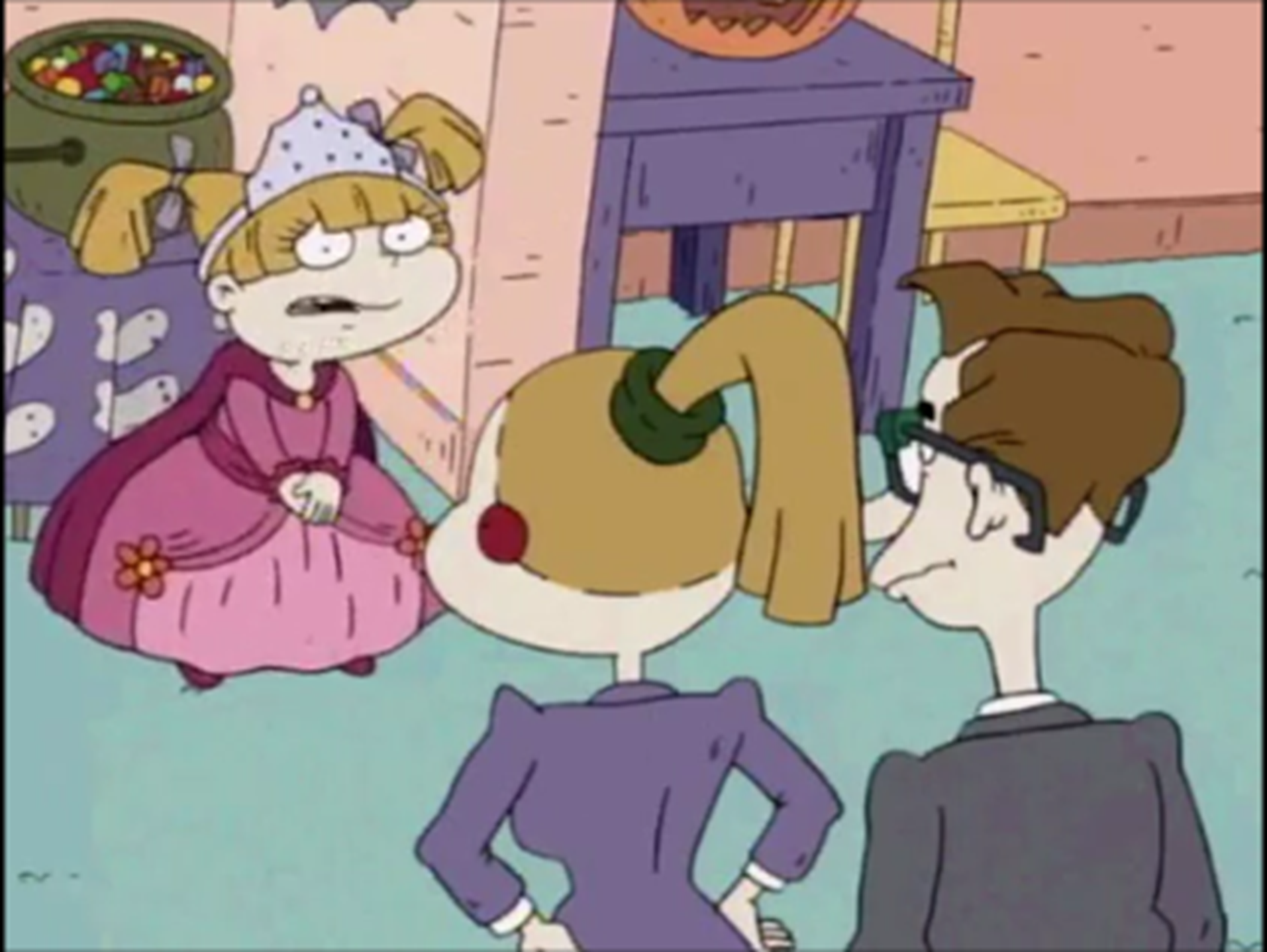 She runs for her mom as Chuckie screams as well and cowers in fear. Chucke smiles happily and joins up Poker In Berlin the other babies You're gonna be a werewolf! Stu: to Tommy Be right back, Count Tom-cula! Angelica: Aaaaaaaaah!!! 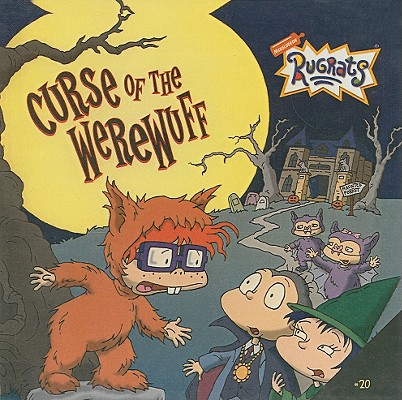 Don't have an account? Your Web browser is not enabled for JavaScript. Some features of WorldCat will not be available. Home WorldCat Home About WorldCat Help.

Search WorldCat Find items in libraries near you. Advanced Search Find a Library. Your list has reached the maximum number of items. Please create a new list with a new name; move some items to a new or existing list; or delete some items.

Your request to send this item has been completed. APA 6th ed. Note: Citations are based on reference standards. Rugrats Halloween Episodes.

Universal Conquest Wiki. This was too cute for words. It had the same charm I've always loved about "Rugrats". All Titles TV Episodes Celebs Companies Keywords Advanced Search.

Sign In. Get a sneak peek of the new version of this page. FULL CAST AND CREW TRIVIA USER REVIEWS IMDbPro MORE LESS.

Metacritic Reviews. Photo Gallery. Trailers and Videos. DID YOU KNOW? Crazy Credits. Chuckie scratches on the window with his claws and opens it Chuckie jumps out the window and runs through the village as Phil and Lil and their parents, now fully clothed in old-fashioned villagers' clothes, chase him.

They all chase Werewolf Chuckie through the woods, chattering at once. Chuckie tries hiding behind a tree, but then turns and snarls at the villagers, waving his paw threateningly.

But as the villagers get closer, he runs away from them. He tries to climb a tree, but fails, as the villagers catch up to him. Chas: Sorry, Chuckie, but I have to keep you from hurting anyone.

Now get inside the pumpkin. Right before the pumpkin engulfs him, Chuckie wakes up from his nightmare, with everything colored normally and looking the way it should be.

It is Halloween morning. Chuckie breathes frantically as he puts his glasses on, and checks his clothes and skin, appearing normal.

Kimi cackles from behind their bedroom door. Chuckie sees the shadow approaching from under the door and hides under his blanket.

The door opens to reveal Kimi, dressed like a witch, holding a small broomstick and dancing. Kimi: runs up to Chuckie's bed There's only Kimi-Witch!

Chas enters the bedroom, with a small brown hooded werewolf costume dangling in his hand. Chuckie cowers in his bed in fear, as we fade to black It fades to that evening.

There are cobwebs and flickering jack o' lanterns outside the Pickles' house. Tommy can be heard doing a mock evil laugh inside the house. We then see the view from Stu's camcorder, taking video footage of Tommy in his vampire costume, complete with tuxedo, cape, medallion and the top of his bald head painted black like Count Dracula's hair.

Tommy is playing with his medallion Stu: OK, let's see you use that cape. Tommy laughs wildly, and then Stu, dressed in an identical vampire costume but with his hair slicked outward, does the cape pose himself as Tommy laughs some more.

Behind them are Betty, dressed as a cheerleader, and Howard, dressed as a football player. Stu walks off spreading his cape wide, as Tommy walks over to the playpen, where Chuckie is already in his werewolf costume and Kimi in her witch costume.

Phil and Lil are dressed as bats, complete with wings and fake bat noses, and Dil is dressed in a hooded spider costume with extra fake arms.

Tommy: Being a monster's even better than being a baby! Babies don't "gots" a neat vampire cape! Tommy: closes the playpen gate Aw, cheer up, Chuckie!

Behind them, Didi is dressed as a mummy, wrapped up from head to toe, as she gets a stroller ready, as Stu, Betty and Howard stand nearby.

Fifi and Spike walk together dressed as ghosts, with white sheets over their bodies with eyeholes. Meanwhile, Angelica, in her princess costume, has been eating candy out of the bowl meant for trick-or-treaters, placed near the front door.

Angelica walks back and eats some more of the candy, just as Drew and Charlotte are coming down the stairs, dressed in business outfits Charlotte: scolding That's it, we warned you.

Angelica sniffles sadly as she tears up. Drew smiles again, having second thoughts, but Charlotte angrily clears her throat at him and folds her arms, as Drew smiles sheepishly.

Angelica groans angrily and storms over to the playpen grumbling, where Tommy and Chuckie are playing with their toy cars. Angelica: Stop whining, Finster.

Besides, just 'cause I got the princess power to change you, do you really wanna be changed back to YOU? Angelica: See the crown, baldy?

Since I'm a princess and all, I can turn you back into a little crybaby, if Tommy: See? Dilly likes smelling his two, uh, "eleventy," uh, all his spidey feet, and I like my vampire cape!

Angelica: That's not good enough. You ALL have to give me your candy, or else NOBODY gets to be a dumb baby ever again!

Angelica walks past the camera, her brushing cape covering the screen, and when it flaps back, it reveals the next scene, outside the Dreamland amusement park, with the sign changed to "Screamland.

Grandpa Lou, dressed as Frankenstein's Monster, and Lulu, dressed as his Bride, stand with them. All the babies except Chuckie and Kimi are in strollers.

Lou: Go ahead. We'll take the sprouts to see some of the sights, and meet you back here in a half-hour. Kira, who has been carrying Chuckie, puts him down to join his friends.

The Charmichaels also arrive in costume, with Randy as a prince, Lucy as a princess, Alisa as a prom queen, Buster as a football referee, Edwin in a medival outfit, and Susie as an angel, already carrying a trick-or-treat bag and walking up to Angelica.

Angelica: to Drew, pulling on his suit CAN I PLEASE GO TRICK-OR-TREATING WITH SUSIE?! Angelica smiles. The grandparents and the kids stand outside a kiddie haunted house as ghostly moaning is heard.

Lulu: Ooh, a haunted house! Last time I was in one of these, movies cost a dime, for a double feature! They walk towards the haunted house, with Lou pushing the twins' stroller, and Lulu pushing Tommy and Dil's stroller.

Angelica mutters to herself angrily as they walk The babies cheer, except Chuckie, who sees a crow fly right past him, and runs over to Angelica and nervously clutches her Angelica: Let go of me!

You "gots" more important things to worry about than some stupid haunted house. Like getting me candy! Angelica walks in.

Chuckie moans and gulps, and follows her inside. A park worker dressed as a ghost in a white sheet stands at the entrance, and scares Chuckie.

Inside the kiddie haunted house, it's brightly lit, with whimsical Halloween decorations everywhere. The grandparents and kids walk through the decorated hallway.

Lulu: Hula Night at the??? Village was scarier than this. Oh, but it is cute, isn't it? As they approach the wooden door at the end of the hall, the door creaks open, and then a man, presumably a park employee, leaps out wearing a white ghost gown, a goofy green rubber three-eyed monster mask with big ears and a propellor beanie, and matching monster hands.

He laughs diabolically, and Chuckie shrieks as the other babies laugh in delight. Monster Man: faking being scared Uh-oh! A scary werewolf, and his friend the vampire, and some bats!

Lou: taking the twins out of their stroller Ha ha, you bet your third eye they're scary. Go get him, kids! Show him who's boss!

The children run after the "monster" into the other room while laughing and babbling, while Chuckie says nothing. Then they enter another hallway with a knights' armor and some fun-house mirrors.

Angelica looks at herself in one of the mirrors, and isn't impressed by her distorted reflection. Angelica: Humph! What good's a mirror if you can't see yourself in it?

I'm "onna" go find a real haunted house that doesn't let in stupid babies. As Angelica walks off, another girl dressed in a princess costume similar to Angelica's walks up to one of the mirrors, with her mother behind her dressed as a cat.

The princess girl glances at Chuckie, and then looks in the mirror and screams in horror at Chuckie's hideous distorted reflection.

She runs for her mom as Chuckie screams as well and cowers in fear. The mother, with her daughter clutching on in fear, glares at Chuckie and takes her daughter away.

The rest of the babies catch up to Chuckie as the usual sad synth violin music starts up Chuckie: sadly I didn't want to "a-scare" her!

I told you guys monsters was mean. And now I'm one of them forever! Outside the kiddie haunted house, Chuckie stands nervously as various kids and adults walk around in their costumes.

Chuckie begins to walk off. Back inside the haunted house, the rest of the tots are talking Tommy: Chuckie's right.

I guess monsters are scary and mean. I think it's time to go back to being nice babies! In another part of the kiddie haunted house, Lulu, pushing a stroller with just Dil, noticies the other stroller empty, and everyone else not there, as she walks past a wooden door Lulu: chuckling Oh, you sure did!

Scared me so bad my hair turned white! Outside, Chuckie sits sadly near a haunted woods attraction, as the other babies catch up Chuckie: Well, since I'm a "werewoof" I "gots" to hide out in the forest!

Only I'm too "a-scared" to go on there. Chuckie: hugs the others Thanks, you guys! You're the "bestest" friends ever. But now what do we do?